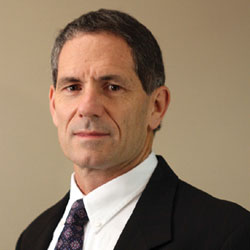 Andy Whitehead, President
The biggest challenge customers’ face in the networking sector is the lack of knowledge on high-bandwidth multi-cast traffic. Today's switches and routers are capable of handling huge amounts of multi-cast traffic by default but most IT administrators are unfamiliar with how to configure an enterprise net¬work for this traffic and the benefits of doing so. To look into the difficulty, SVSi an IP-based Networked AV distribution and switching solutions provider has brought forward unique so-lutions. “The most important thing we bring our customers is the knowledge base, training, implementation guides, control, and diagnostic utilities that maximize success and minimize in¬stallation issues for any deployment. Because we offer solutions and not just endpoints, SVSi are uniquely positioned to leverage traditional ProAV tasks and capabilities into the IT world,” says Andy Whitehead, President, SVSi.

The ProAV industry has historically used proprietary signaling and techniques for traditional AV tasks like matrix switching and control. SVSi believes the customer is much better served by non-proprietary technologies whenever possible. For example, SVSi’s IP solutions are built around technology that was designed to switch. “The ProAV industry frequently use HDBaseT, a proprietary point-to-point technology for which each manufacturer has to build their own switching circuitry, which is inefficient and not in the customer's interest because of the lack of standards and risk of obsolescence,” adds Whitehead.

Both Gige and HDBaseT standards allow video, audio, data, control, and power to be sent over one cable but the sheer volume of Gige deployment (>1,000x HDBaseT) indicates it to be a safer option for the customers.
SVSi carries this same philosophy into the control arena and built their graphical user interface control systems around Javascript, which can be programmed by any web developer reasonably familiar with that language, making it an easier technology to deploy while retaining the full capabilities of a traditional proprietary control system.

SVSi played an integral role in ensuring the success of Juniper’s CTO vision. Before Juniper Networks unveiled plans for its brand new Sun¬nyvale CA campus, furnished with 300-plus conference rooms, no one had envisioned, much less attempted, such a tremendous deployment of AV-over-IP multicast on a network. SVSi made this possible in a number of ways—not only was it one of the largest non-blocking video matrices in the world, but also the largest to be fully deployed on a house network. “Juniper customers—who have traditionally deployed data and audio on Juniper enterprise products—can now expect an accelerated ROI when their corporate communications, digital signage, and collaborative environments are all converged on the one network,” explains Whitehead. Recently, one enhancement made by SVSi at the request of Juniper was to mitigate loss of authentication after a few minutes if no traffic was detected from SVSi endpoints. In this case, SVSi modified the firmware on the encoders and decoders to do just that and sent out a gratuitous ARP at user-defined intervals, keeping the port alive and all conference rooms humming.

SVSi is a leader in the market as their encoders ingest raw analog or digital video and audio from SD, HD, or UltraHD sources and convert to IP packets. The decoders convert the IP packets back into synchronized video and audio streams for display on TVs, monitors, or projectors. With the advent of new year, SVSi is rolling out 4K Networked AV products, “Based on SVSi’s success, we are starting to see ODM encoders and decoders from overseas that focus mainly on selling price and less on product capabilities. The strength of the company is in our technical innovation and our engineering group represents approximately half of our workforce,” concludes Whitehead. 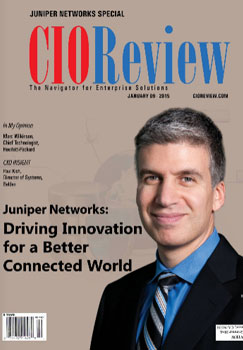