Yes, The Private Cloud Is Dead

Yes, The Private Cloud Is Dead 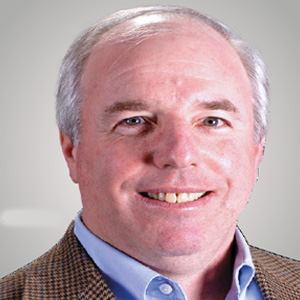 Depending on whom you listen to, the private cloud is already dead or on the cusp of a major market breakthrough. One thing is certain: the importance of connecting to multiple cloud services is growing rapidly. In fact, a recent study by IDC, revealed that 86 percent of enterprises are likely to connect to up to four cloud service providers within two years.

In a separate study, IDC also found that spending on hosted private cloud services should hit $24 billion by 2016. Why? Because there is real value in this model. In essence, the original private cloud model is dying. In its place, many enterprises today are actively pursuing a virtual (or hosted) private cloud model. Enterprises considering this new model should consider the following five compelling advantages of virtual private clouds.

Virtual private cloud services are not on-premises (necessarily) – There is a critical misconception about the private cloud still making the rounds even after years of corporate adoption: that it must be on-premises. At first glance, the idea makes sense - public clouds are always hosted off-site because they cater to multiple tenants, while private alternatives come with the security of locally deployed servers.

In fact, the difference between private and public does not rest with resource location but with how the resources are distributed. On-premises and dedicated private cloud models offer a 1:1 service ratio - all computing power is available to a single company. Virtual private clouds (VPCs), meanwhile, operate much like virtual private servers (VPS), giving companies more control over securityand access but still drawing from a pool of shared resources.

Put sim­ply, one crit­ical advan­tage of the private cloud is flexibility: it can be on-premises, off-site, 1:1 or part of a virtualized server.

It is actually a more secure model –Cloud security often boils down to perception. Despite technology advances, public clouds are perceived as insecure because company data is "out there" and, as such, vulnerable to attack. Alternatively, private clouds allow businesses to keep data close at hand. Both public and private cloud providers have teams of IT professionals working on ways to defuse attacks and keep data safe - and yes, the gap in security is not nearly as wide as it was five years ago.

Nonetheless, private clouds come out on top. Why? Because in the private model, compa­nies have direct control over data access and permissions, which means more than just defining who can look at specific data, when they can ac­cess it and why. Whether on-premises or off-site, the granular con­trol offered by private clouds provides the secu­rity visibility missing from provid­er-handled public defenses.

It is ideal for "certain" applications – The public cloud is better in nearly every way for most applications, so why would companies still choose a private cloud? Because enterprises, midsize and small businesses, all have something in common: applications that should never make the jump. These might be in-house legacy applications that are essential to business functions but simply are not built for a cloud environment. The applications might also handle highly sensitive consumer data. Of course public clouds can handle HIPAA or PCI compliance, but just moving this data from private servers to a public alternative comes with significant risk.

In some cases, applications are designed to run within limited network parameters. Financial, risk management or human resources applications do not benefit from wide-open space and may in fact perform worse on public hardware. Unified communications technology is another good example. If you are running a cloud-based PBX or SIP trunking system, you do not want high-level conference calls and video chats routed through public channels.

It is about data sovereignty – Who owns your company data? The answer is obvious but can become obfuscated in the public cloud. Using a private cloud model, businesses know exactly where data is stored: either on-premises or in a specific server location. Public alternatives, meanwhile, maximize resource distribution by hosting data wherever it benefits the network at large. This means some of your data could be stored nearby, some in another state and some in another country. In the event of a lawful request for data access, public providers may not be required to notify you that your data is being handled because it is stored on their servers.

Ultimately, companies want data sovereignty: control over data storage, movement and replication. Leveraging public cloud resources means giving up a measure of this control for better infrastructure access. Private clouds offer the same access without the need to hand over your data.

"Put simply, one critical advantage of the private cloud is flexibility"

In conclusion, issues of performance and security are being addressed by cloud providers such as Amazon Web Services, Microsoft Azure and others with virtualized private cloud offerings. It is not a surprise that businesses are moving quickly to integrate cloud connections into their wide area networks. These high speed direct cloud connections will add further fuel to the premise that - private cloud is far from dead, although the model supporting it is evolving.