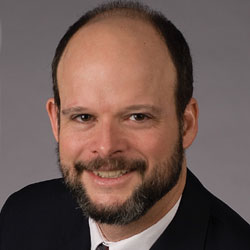 The cloud can be considered to be an interesting combination of three key components:

3) Control: Making full use of the cloud means ease of deploying and controlling the applications of interest.

The nearby figure shows how the compute, connect and control components combine to provide what we call the cloud.

Traditional suppliers of hardware-based routers have focused on the wide area network and to a lesser extent on the data center. The control aspect has traditionally been the weakest part of their story. The road is now getting tougher for router suppliers asboth the data center and the network are changing. Software Defined Networking (SDN) and Net­work Functions Virtualization (NFV) are two of the key reasons for this change. SDN is all about making the data center (and eventually the network) more programmable and automat­ed, while NFV is fo­cused on replacing network appliances (routers, fire­walls, VOIP gateways, etc.) with software running on standard servers using virtualization techniques. (For more on SDN and NFV, please see “NFV and SDN: What’s the Difference?” at SDxCentral.com.)

What do router suppliers have to do to succeed in this new and converged world?

Connect: Moving from Routers to Routing as a Network App

Router suppliers like Juniper,Cisco and Alcatel-Lucent have traditionally been strong in routing technology and h igh-performance r outers. A s a r esult, h ardware-based routers are used in the heartof service provider networks and enterprise routing applications.However, service providers are now embracing the vision of NFV. While routing will still be an essential network function, service providers are looking for ways to move past the world of routers implemented as dedicated appliances. Enterprise users are sure to follow this lead. Can traditional router suppliers build on their strength in routing technology, leaving behind the comfortable world of appliances?

Juniper, Cisco and Alcatel- Lucent would all say the answer is “yes,” and that much of their technology is already contained in software embedded in their routers. In addition, they have now augmented that software base with a virtualized router. For example, Juniper announced in 2014 the vMX 3D Universal Edge Router that can be deployed on standard servers, and which is scheduled to be available in the first quarter of 2015. It remains to be seen if Juniper and others can bring the scale and performance of their hardware-based routers to the new world of routing as an application. They have shown that they intend to participate in the new world of NFV, but they face additional challenges from new suppliers of routing applications such as Brocade and HP.

Some router suppliers have expanded their offering with data center solutions. Juniper moved strongly into the data center with their acquisition of early SDN leader Contrail, and Alcatel Lucent has their CloudBand and Nuage units. These much-publicized initiatives are intended to match the convergence of compute and connect, but they haven’t had much success in terms of market penetration.

So far, these product offerings are somewhat network-centric, and don’t provide a clear path to compute-connect convergence. These suppliersmust provide a broader solution to their enterprise and service provider customers.

One traditional weakness of the hardware-centric routers is that their minimal network management and lack of integration into higher level systems. Service providers now have a new focus on network automation, and suppliers are responding. For example, Juniper has moved to address that need with solutions such as Juniper Space network management platform and the IP/MPLSView software that came as a part of the Wandl acquisition. Likewise Cisco snagged Tail-F to give themselves a stronger SDN position.

Providing a strong set of net­work management and per­formance analysis tools is a good start, but suppli­ers like Juniper, Cisco and Alcatel-Lucent will need to build on this base in order to be able to leverage the full value of the cur­rent connect and compute assets.A particu­lar challenge will be how they integrate new virtualized applications into existing IT/ OSS/BSS systems. Failure to provide a solution here will be a sever barrier to deploying these new technologies.

Solutions built from an open ecosystem of partners are a necessary part of the new converged world. Open and multi-vendor solutions have not been an area of strength for these companies, and they will have to adapt as they move into these areas of tchnology.

Moving from Routers to Dynamic Applications

End users and service providers need to be able to leverage technologies such as routing and SDN control to build the next generation of applications and network services. This underscores the point that buyers of routers have never been in the routing business; they have used routers to support their business.

In the past, routing as a network technology was well defined, and the suppliers’ position was strong, so that distinction between components and solutions was not important. That is no longer the case. Juniper and others have started to make some of the needed changes to address these new demands, but there is more work to do. They have to fully commit to the idea that routing is more than just hardware-based routers; it is a powerful piece of networking technology that can evolve to help build the dynamic new services that the end users need.

THE CHALLENGES OF CYBER-PHYSICAL SYSTEM SECURITY

How to Build an Effective Content Strategy Others Will Envy

A Collaborative Approach to Wealth Management

Three Ways to Align Your Security Roadmap to Business Objectives